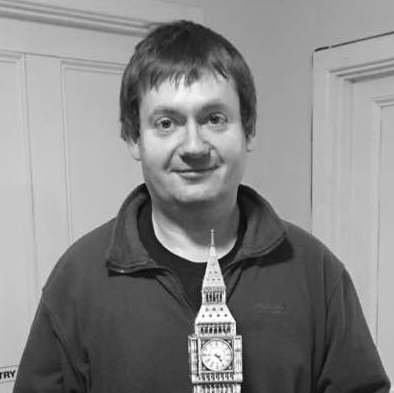 Ben learned to ring in Lincolnshire in 1993 and first started working in the bellhanging trade when he took a holiday job in 1996 with Hayward Mills Associates in Nottingham. He later worked as tuner at The Whitechapel Bell Foundry in London from 2005. On the closure of Whitechapel in July 2017, Ben moved to the West Country and joined our team. Ben is a mathematician, and during his time working at Whitechapel, he instigated alterations to their standard bell profile to achieve an improved sound quality, and also developed the practice of external soundbow tuning of old bells, which is particularly effective on Victorian bells with old-style harmonics. Ben is the most experienced bell tuner, working full time in the trade. He spends most of his time tuning, but also designs new bells and undertakes other technical duties.